Can You Give Babies Baby Food At 3 Months? –

Babies should be able to eat solid foods from 3 months, not just breastmilk. That’s why there are so many different baby food companies and the need for moms to supplement their babies’ diet with other healthy options like fruits and vegetables.

“3 months old baby food chart” is a question that has been asked many times. The answer is yes, but it depends on the child’s age. 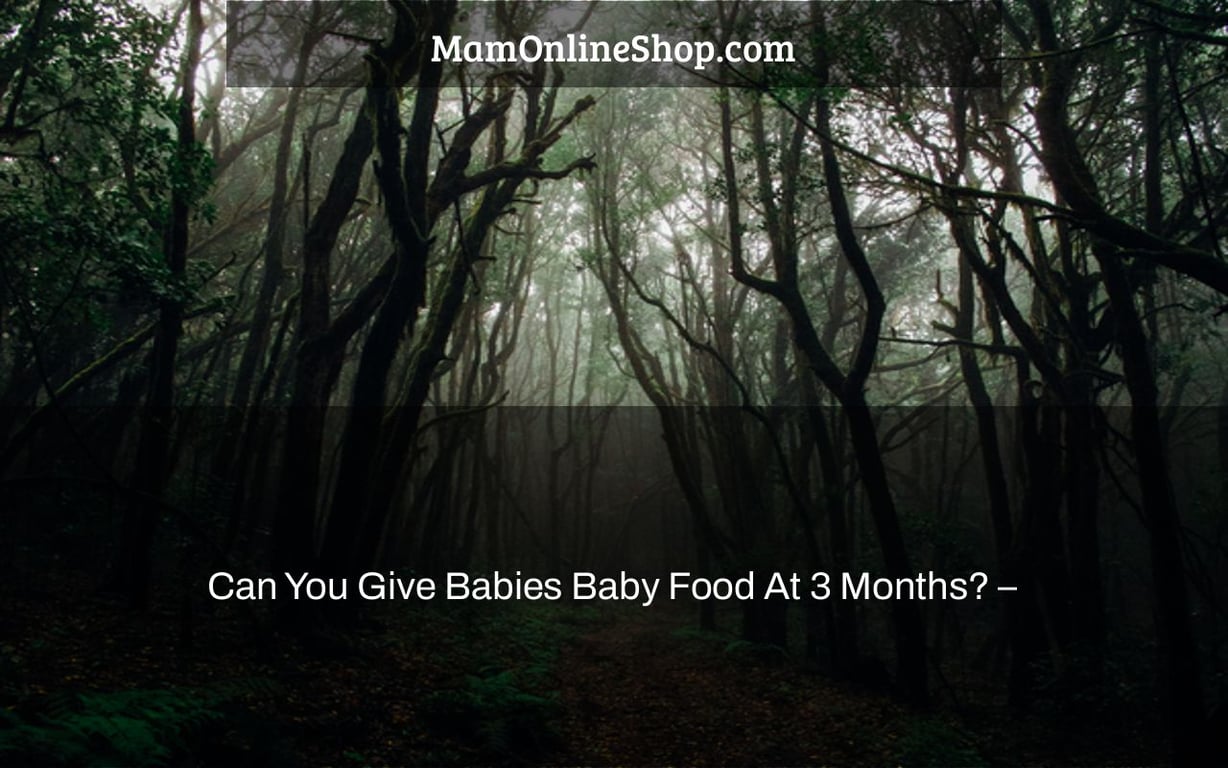 According to the American Academy of Pediatrics, an educated choice should be taken before providing solid meals to a baby as young as four months of age (AAP). According to the organization, it is even better when the infant is just six months old.

Is It Safe To Feed Food To My 3 Month Old Baby?

After birth, a baby’s normal food intake is usually delayed by 6 months. You should not start taking medicine until four months has passed. They do not push food out of their mouths, and this impulse goes away between the ages of 4 and 6. They grow to be two to three times their original size.

What Should I Feed My Three-Month-Old Baby?

Can I feed my three-month-old banana baby?

Banana solids may be offered to a kid between the ages of six months and a year, which is considered early.

When a three-month-old eats baby food, what happens?

Researchers recently released a big study that showed that newborns should start eating solid food three months before being discharged from the hospital. Researchers discovered that giving solid meals to infants between the ages of three and six months benefited their long-term health and helped them sleep better.

What is the maximum amount of banana a three-month-old baby can consume?

From the outset, the American Academy of Pediatrics advises no more than one-third of a banana per day per kid, growing to half a banana by nine months and one-and-a-half banana by the child’s final few years of life.

The “when can babies have baby food” is a question that has been asked many times. Babies should be able to eat solid foods at 3 months old, but some parents may be hesitant in giving them too much.